WKEC’s Don’t Stop Achieving Promotion offered a $500 prize drawing to students who completed a GED® between 10/4/21 and 12/10/21. The promotion also featured program-wide tracking of curricular resources that yielded the best student outcomes and a bootcamp-style instructional model. 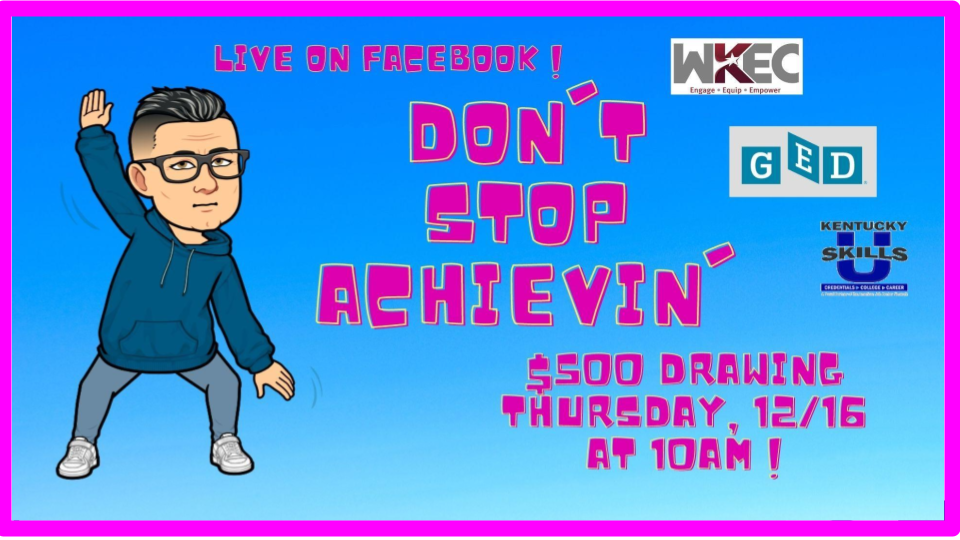 WKEC decided that if they re-launch the promotion in Spring 2022, students will be guided to take the first operational exam in the content area with which they were most confident. Then, “sandwich” the math exam between the first and remaining exams. (This strategy was developed to overcome a trend of students opting to save the math exam for last and ultimately stopping out because they were so apprehensive about it.)

WKEC evaluated the effectiveness of their product by developing the WKEC Don’t Stop Achieving Collaborative Tracking Form for the promotion. The form allowed for program-wide tracking of student progress toward GED® and instructional strategy used. During the course of the promotion 13 students earned GED®s. Of those 13 students, 12 attained the HSE credential with the benefit of direct instruction; 11 with digital tools such as Khan Academy, Grammar Bytes, online GED® practice questions and/or Study Buddies; 6 with use of WKEC’s YouTube Channel and guided notes; 1 with smart phone-based use of IXL, and 1 with edtech such as Edready, Burlington English, Fast Forward, GED® Academy, Edgenuity, newsela, or Northstar.