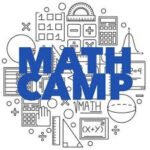 Due to limited time for the PLC product, the BSCTC PLC decided to target students who had completed most of their GED®. The majority of these students had not passed the Math portion so we decided to focus on Math and hold Math camps in each of our counties. Each county decided on the schedule for their math camp.

After completing math camp, students were to be Ready tested.

The focused Math curriculum and IXL practice curriculum was developed and used with students outside Math camp to reach GED® success and will be used in the future.  Over 30 GED®s were achieved during the PLC process but we can’t say they were a direct result of the GED® Math camps.  One successful student showed up because Saturday was his only available day to work on his GED® so we plan to offer more flexible schedules for such students. Students were excited about the incentives so we hope to offer similar incentives in the future.

Student participation was the biggest problem we had. Even students who voiced interest did not show up for the camp.  In the future, we plan to use the resources we created and work with individual students as their schedule allows, rather than schedule camps for larger groups of students.  One county had to cancel camp due to Covid.

Using KAERS and GED® manager data, we noted the GED®s earned and noted the activity these students had completed. We had 37 GED®s from September through December, but only a few of these were related to the math  camp. Several students who were already enrolled with us before the math camp have since completed the math portion and graduated.

During this project, we determined our students didn’t seem interested in math camp-style classes. Though they might be interested in alternative class schedules (evenings/weekends). Perhaps focusing on one subject and reaching out to students who still need that subject will get one or two students at a time to complete the program. But, overall, we feel our math camps were not a success.

We hope to develop relationships with students in hopes to bring in more students. We plan to continue a fast track GED® learning plan, meeting the individual needs of students as they ready test. We will use the resources we gathered for this project such as the targeted curriculum, lesson plans and worksheets,  We will use IXL practice, along with other programs  We also plan to offer flexible scheduling, as needed by students.